The Church-State Relationship in Russia 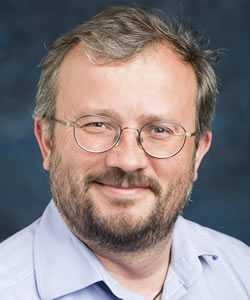 I would like to share some ideas that I have been entertaining since my work in the administration of the Moscow Patriarchate. I have tried to comprehend the ethos of the church-state relationship in Russia and articulate it in a concise way, and now I think I can summarize my findings in one word: utilitarianism.

I should start by clarifying that this utilitarianism has little to do with the homonymous moral doctrine produced in the 19th century by thinkers like Jeremy Bentham (1748-1832) or John Stuart Mill (1806-1873). For them, “utility” was human happiness caused by morality. In our case, utility occurs when a person or institution uses other persons or institutions for their own ends. These ends may be morally justifiable. However, the methods used in utilitarian relationships are rarely acceptable from a moral standpoint.

How does this principle of utilitarianism work in church-state relations? Each partner in this type of relationship pursues its own goals. In Russia, the state wants total control, much like Mussolini’s stato totale. Outside the country, Russia wants to restore a hierarchical order of nations and secure for itself the upper tier in this hierarchy. It also seeks restoration of the imperial order, similar to what existed in the 19th century. The Russian war against Ukraine and its persistent confrontation with the West are means of pursuing these goals in a utilitarian way.

What are the methods used by the Russian state to achieve its geopolitical goals? Russia draws its methods from many different ideologies that are often incompatible, such as radical left and radical right, Marxism and nationalism, and promotes a strong state while assaulting institutions. Nevertheless, Russia’s methods work well, and the state manages to mobilize people of opposite persuasions to united action against the current democratic world order. Because the Russian state propagates ideologies that are incompatible with one another, it does not have to subscribe to any of them officially. Rather, they are just tools that allow the state to promote its ideas in a completely utilitarian way.

Russia uses this same utilitarian approach with the Orthodox Church. For the Russian political regime, Orthodoxy is just another ideology that can be used in the same way as conservatism, libertarianism, nationalism, and so on. The Russian political leadership does not believe in theology, just as it does not believe in any other ideology it promotes. Or, to be more precise, Russian leaders accept Orthodox Christianity in their own self-serving way, which I call “political Orthodoxy,” Orthodoxy designed for achieving political goals. This sort of “religion” was very common during the Soviet era. Today, while Russia’s leaders may have personal sympathies and spiritual experiences with some religious ideas, they utilize religion and the Church as vehicles for their own political goals.

For instance, state representatives use participation in religious ceremonies, such as during trips to Mount Athos, the monastic center in Greece, to divert attention from the kleptocracy they have planted throughout the former Soviet Union. Post-Soviet kleptocrats likewise use the Church as a substitute Communist ideology in modern-day Russia. The new quasi-Soviet ideology, which is expressed through Orthodox symbols and theology, helps the Russian state to keep society in check. The Russian regime also uses the Church to justify its intervention in Ukraine. The Russian political regime uses the Church as a soft power against Western countries, such as for lobbying against Western sanctions.

What about the Orthodox Church? Is it also a victim of Russia’s utilitarian efforts? Sadly, the Orthodox Church uses the state in the same way as it is used by the state. The Church needs resources that it can obtain only from the state, so it trades its own assets in exchange for those resources. And the Church’s most valuable asset is its influence upon individuals. This is why Orthodox priests often bless Russian missiles and prisons, along with openly supporting the state in their sermons. The Church also develops and presents state-based ideology to its congregants. For instance, the notorious concept of the “Russian World” [Russian: Russkii Mir], which was used to justify Russia’s invasion of Ukraine, was designed by the Church.

However, just as the Russian state is not sincere in supporting the Orthodox Church, so the Church is not sincere in supporting the state. They are both aware that they are only a means to an end, but they still use one another to achieve their own goals. Both sides in the post-Soviet Church-state symphony employ the utilitarian method, and both subscribe to the Machiavellian principle that the end justifies the means.

The leadership of the Russian Orthodox Church understands that the state is committing military crimes in Ukraine, is fraught with corruption, and that Russia’s political leaders have no moral code. Nevertheless, the Church turns a blind eye to the actions of the Russian state and instead sees only an opportunity to achieve its own goals.

The followers of utilitarianism in the 19th century believed that morally appropriate behavior does no harm to others and increases happiness in society. In contrast, the utilitarianism practiced by the Russian Orthodox Church in the 21st century harms both society and the Church itself. And the “happiness” that this utilitarianism produces stems from propaganda that is ephemeral, delusional, and fake. Sooner or later, the people who consume it will be dissatisfied, and the Church will be discredited.

Archimandrite Cyril Hovorun is Acting Director of the Huffington Ecumenical Institute at Loyola Marymount University in Los Angeles. A professor of theology, his experience includes chairing the Department for External Church Relations of the Ukrainian Orthodox Church (Moscow Patriarchate) in 2008-9.

*Reproduced with permission from the East-West Church Report: www.eastwestreport.org.