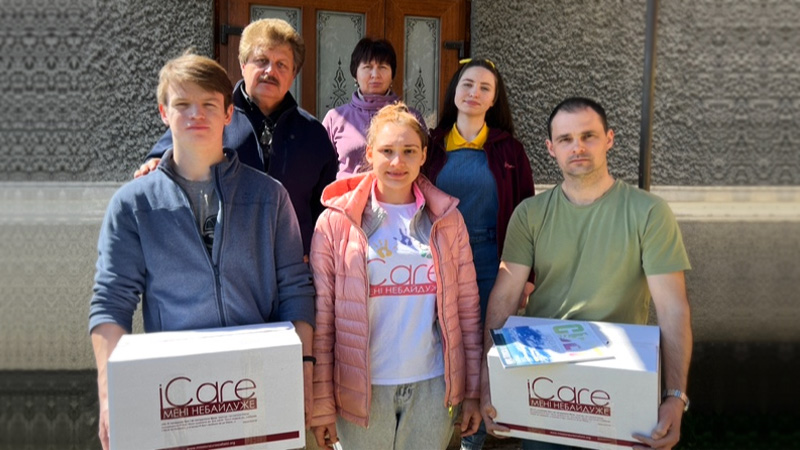 But they who wait for the LORD shall renew their strength; they shall mount up with wings like eagles; they shall run and not be weary; they shall walk and not faint.—Isaiah 40:31, ESV

I just returned from the ministry field where I saw firsthand the enormous needs of the Ukrainian people, which are almost impossible to describe. At the same time, you may have heard that Russia has started its brutal new offensive in the Donbas region of eastern Ukraine, bringing even more death and destruction to this war-weary nation. And just a couple of days ago, deadly Russian missile strikes hit Lviv in western Ukraine, a city which has been a safe haven for many civilians fleeing the eastern parts of the country. As a result, the mayor of Lviv just warned, “Right now in Ukraine there are no safe and unsafe locations.”

While our hearts and minds try to grasp the senseless violence, death, and destruction in Ukraine at the hands of the Russian invaders, our staff, volunteers, and partners continue to serve the Lord by sharing food and hope with desperate people in Ukraine and with refugees who have fled to neighboring countries.

We have seen how every family food package and copy of Scripture that we deliver is making an important difference to those receiving it . . . not only does the food sustain them physically, but the Word of God strengthens their hearts and directs them to faith in Jesus Christ.

A recent arrival at our ministry location in Chernivtsi, Ukraine had heard about our iCare food boxes and hoped to receive one. Arriving late at night, Maria was frightened and exhausted. It was difficult for our team to tell her that all of the food packages had been distributed that day, and that she would need to wait until the next day to receive one. She graciously understood and then asked if we could give her a Bible, or perhaps a New Testament with Psalms.

After some discussion, our team realized that she did not know that the Psalms and New Testament are all part of the Bible. Roman, our director at the center in Chernivtsi, then remarked that he is seeing an unprecedented spiritual hunger among refugees, who want to read and learn more about God. He said, “Although some people are not familiar with the Bible, Christianity, or Christian values, they are still interested in spiritual things, and not only physical bread.” 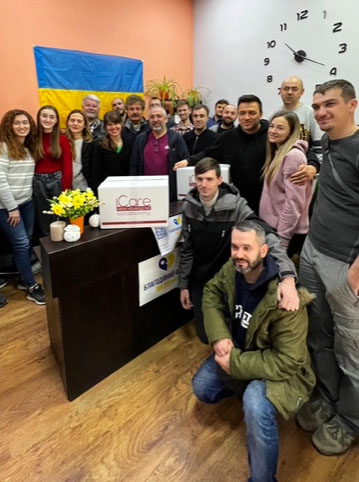 Dear friends and ministry partners, thank you for standing with us to feed the hungry and share the hope of the gospel with the Ukrainian people. Because of your overwhelming support, since the war began on February 24, we have been able to—

That’s why we want to thank you for giving again today to provide food, Scripture, housing assistance, and more to help the people of Ukraine.

At the same time, we would ask that you would please pray:
for our ministry teams and volunteers as they pack food packages and share the good news of the resurrection throughout Ukraine, where Easter will be celebrated next Sunday, April 24.
for our colleagues who are risking their lives as they celebrate Easter away from their families.
that God gives each of our staff, volunteers, and partners renewed strength and grace to serve Him in every way possible during these tumultuous times and through the difficult days that lie ahead. 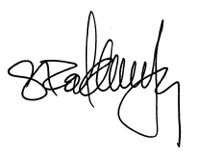