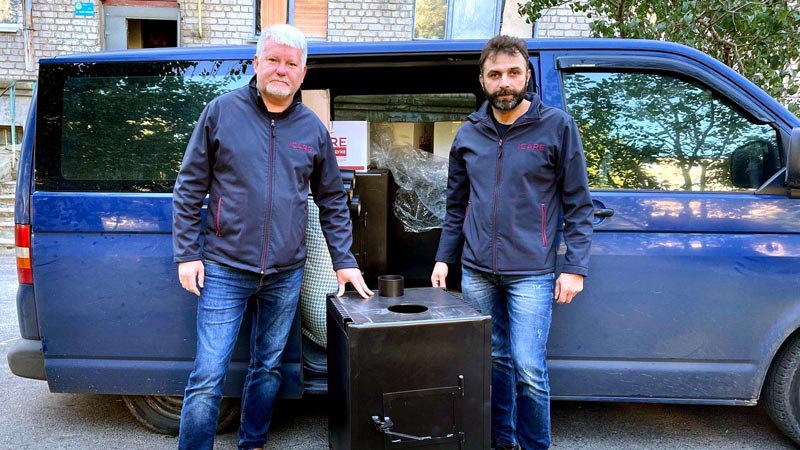 URGENT UKRAINE NEED: Since winter is coming in Ukraine, our team is now operating a wood-burning stove factory.

In fact, just the other day, our team returned to Izyum, Ukraine – a city that was occupied by the Russian army for six months, only recently liberated, and remains without electricity, gas, water, or phone service to distribute these much-needed stoves. This is what our team witnessed when they arrived: 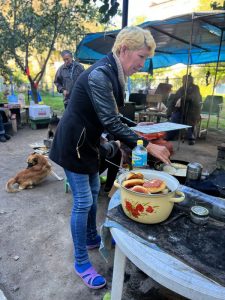 Claudia is 56 and had been cooking by the entrance of her building on a hand-made brazier made out of an iron bucket and grid. Already frozen from her slumber, every morning she would crawl out from under several blankets, wash her face and go to get a fire started under the iron bucket as she shivered. 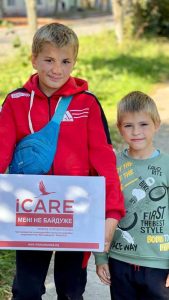 Her neighbor, Sergey, a once-established taxi driver’s broken car, sits rusting in the yard, close to Claudia’s brazier, after an air bomb hit his mother’s house, piercing it from the roof to the basement. “I used to rub [my mother’s] hands to warm her up, but one cold fall morning, she just never woke up. We were very cold, but more than anything, we were tormented by fear. My mother died of fear, not the cold,” Sergey explained.
The people could not even seek refuge in the church. “People come to us to receive food packages and film to cover their windows shattered by the blast. They would like to get warm, but it’s cold in our center, too, just like in our homes,” Pastor Oleksandr shared. Although freezing, his church welcomes 1,000 people weekly who need aid.
Thankfully, our iCare team was able to help Claudia, Sergey, Pastor Oleksandr, and others cope with the cold. They spent the whole day transporting large metal stoves from central Ukraine to the east. During an overnight stay in Kharkiv, the area where our team stayed was shelled by Russian rockets, but even that didn’t stop them. “The house where we were staying was shaking so much as if a big freight train was passing right by our windows,” one of our leaders said, but with winter setting in – crucial aid is a matter of life or death. 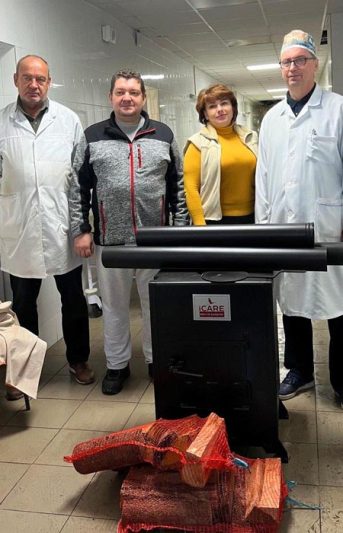 iCare stoves provide warmth, hot food, and hope for people in the war-torn cities of Ukraine – an opportunity to survive another night and thank God for the heat.

People gather around the stoves to hear the gospel from pastor Oleksandr and other ministers.
We aim to deliver 1,000 wood-burning stoves throughout Ukraine within three months. For a gift of $250 today, you can sponsor a stove and two weeks' worth of firewood.