Why Does the Orthodox Church Fight Against Society in Russia? 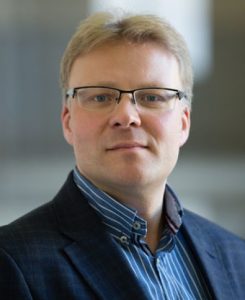 Over the past decade, conflicts between representatives of the Orthodox Church and Russian society have deepened. It would seem that the opposite should be the case, as the atheistic Soviet period is long gone, and the role of the Church has increased in all spheres of people’s lives. In particular, Orthodoxy has become an important component in the political ideology of the state and features prominently in the speeches of parliamentarians and bureaucrats. As a result, Orthodoxy has come to enjoy the status of Russia’s quasi-official religion. Whence came this confrontation between society and the Orthodox Church?

Relations between the Orthodox Church and the public may be compared to the relationship between parents and their children. After the devastation of the Bolshevik Revolution, most people retained only a vague notion of religious life and Christian values. Today, representatives of the Russian Orthodox Church are generally dealing with a society that is ignorant of the meaning of Christianity. The Church was thus faced with the task of educating millions of its fellow citizens; its former, current, and future members. While the Church acknowledged this task, its structure and hierarchy were formed in the Soviet period and consequently did not—and still do not fully—possess the pedagogical skills needed to deal with the recalcitrant child that is Russian society. The authority of the Church as mother and father seems obvious to all, but the disobedience of the child only incites anger in inept parents, along with the desire to punish and to prove that they are right by force.

Above all, the Orthodox Church seeks to strengthen its position by protecting Russia from “outsiders”: missionaries of other denominations and faiths. In practice, this means fighting against the Protestant churches that are the most energetic and successful in their mission. In most regions of Siberia and the Russian Far East, Baptists, Pentecostals, and other Evangelicals compete successfully with Orthodoxy. East of the Urals, more Protestants than Orthodox are in church on Sundays. That is why Patriarch Kirill regularly makes statements about the existence of a “sectarian” threat (“sectarians” being all non-Orthodox, except Catholics) beyond the Urals, where Orthodoxy is weaker than in Central Russia. Material that is offensive to non-Orthodox Christians is regularly broadcast on national television. In addition, Russian Orthodox representatives played an active role in the adoption of the June 2016 “Yarovaya Law,” which introduced additional restrictions on missionary activity. Infringements of freedom of conscience—restrictions on mission by non-Orthodox citizens, as well as the exclusion of Protestants and others from mass media and the public sphere more generally—are justified as a means of defending Orthodoxy.

The leadership of the Russian Orthodox Church harks back to pre-revolutionary grandeur, to “Holy Russia” and the 19th century as the heyday of Russian piety. The Moscow Patriarchate is trying to embody the historical ideal of a strong Church. But in fact, it is an ideal based largely upon illusions and demands that are unrealizable for society and the state today.

The Fight for Property

In 2017 another property dispute gained notoriety at the national level. It is a story that illustrates the high level of mutual distrust between the Russian Orthodox leadership and a significant portion of society. Back in 2015 the powerful Metropolitan Varsonofy of St. Petersburg requested the return of the city’s landmark St. Isaac’s Cathedral to the Orthodox Church. At that time the St. Isaac’s Cathedral Museum Complex consisted of four churches, including the cathedral itself. Two of the churches were transferred to the Russian Orthodox Church, but they were not the most visited ones. These are the city-owned museums of St. Isaac’s Cathedral—where regular worship services have been permitted since 1991—and the Church of the Savior on the Spilt Blood, erected on the site of the assassination of Emperor Alexander II.

In December 2016, after a personal meeting between Patriarch Kirill and St. Petersburg Governor Georgy Poltavchenko—renowned as practicing Orthodox—it was announced that the city would transfer St. Isaac’s Cathedral to the Church. Against the backdrop of an open conflict between the museum and the Orthodox Church, this decision provoked a storm of outrage in St. Petersburg society. Demonstrators protested outside the Cathedral holding up signs declaring “Giving up Isaac’s means betraying St. Pete!” and “Poltavchenko should resign!” The museum director told Metropolitan Varsonofy: “This city survived the Siege [of Leningrad], and I believe it will survive you!” On 1 May 2017, the date of the former Soviet Labor Day holiday, a public demonstration took place made up of a seemingly improbable coalition of human rights advocates, Communists, and intellectuals, all identifying as Orthodox but nevertheless opposed to the transfer of St. Isaac’s to the Church. At the same time, Orthodox faithful supporting the transfer organized religious processions around the cathedral. The oddity of the situation was further underscored by the fact that lawyers for the Church announced that no official application for the transfer of the Cathedral had been submitted.

Faced with a public backlash and fears that the Church would scale back the museum inside St. Isaac’s Cathedral, St. Petersburg City Hall assumed a wait-and-see position. But the question of the fate of St. Isaac’s Cathedral was becoming grounds for political opposition to the authorities. In 2017 some St. Petersburg Legislative Assembly deputies proposed a referendum on the possibility of transferring the Cathedral. However, a majority in the Assembly blocked that proposal, largely because the Church had spoken against further aggravating the situation. In addition, the Church anticipated an executive decision in its favor, which a referendum might have complicated. For his part, Patriarch Kirill declared that critics of Orthodoxy were organizing rallies for their own mercenary political purposes and were trying to oust the Russian Orthodox Church from the public sphere: “When today some intellectuals say that nothing should be transferred to the Church, that we won’t cope or be capable of maintaining or restoring it, these voices are not pursuing their stated aims. The aim is different—that the Church should not be in places marked by the talents of builders, architects, and artists; that the Church should be on the periphery of life.”1

The controversy surrounding St. Isaac’s Cathedral marks a deeper faultline in Russian society, above all, concerning the proper understanding of Russian history one hundred years after the 1917 Bolshevik Revolution. One part of society is drawn to the Soviet period and the might of Stalin’s Russia, while a second part lauds the pre-revolutionary tsarist empire. A third portion of society combines elements of both these historical perspectives. The Church is largely a pillar of the anti-Stalinist position, opposed to those who feel nostalgia for Soviet times. In contrast, judging by opinion polls, the figure of Stalin is popular in Russian society, and the enlarged role of Orthodoxy today in many ways irritates those who were brought up in the non-religious Soviet era. Another hierarch, Metropolitan Hilarion, who heads the influential Department for External Church Relations and is an ally of Patriarch Kirill, actively opposes any justification of Stalin. At the same time, he has become renowned for startling statements supporting the return of monarchy to Russia, opposing supermarket openings on Sundays, and calling for the burning of “sectarian” literature.2 Metropolitan Hilarion also approved Russia’s 2017 ban on the Jehovah’s Witnesses.

Is the Russian Orthodox Church seeking a way into the hearts of its compatriots? The most effective approach to winning the support of such a conflicted society is through advocacy for volunteer social and cultural projects. The Martha and Mary Convent, for example, is a base for the charitable work of Miloserdie [Russian: Mercy], Russia’s largest volunteer movement for assistance to the needy.3 Orthodox Christians are also developing alcohol and drug rehabilitation centers, of which there are about 70 so far (as against about 500 sponsored by Protestants), family crisis centers for mothers, and youth clubs.

In the town of Kimry in Tver Region, for instance, Ascension Orthodox parish has been running the Raduga [Russian: Rainbow] drug and alcohol rehabilitation center since 2013, following a long association between its director, parish priest Fr. Andrei Lazarev, and the Polish organization Familia.4 Since the early 1990s, the Stary Svet [Russian: Old World] Foundation— largely staffed by parishioners of two Orthodox churches in central Moscow and Moscow Region—has also been offering such a rehabilitation program. According to its director Yevgeny Protsenko, its influences include the Twelve Steps and Minnesota Model approaches to addiction treatment.5 One notable Orthodox youth club is Ekkleziast [Russian: Ecclesiastes] headed by Fr. Dimitry Struev in the city of Lipetsk. Whereas many Orthodox churches were turned into movie theaters by the Soviets, this is an example of an Orthodox community that is transforming a Soviet movie theater into a worship and cultural space.6

Unlike 15 years ago, every Orthodox diocese now engages in social initiatives. Orthodox priests and young people also now communicate informally—sometimes secretly—with Protestant pastors and Catholics about their common social concerns. In contrast, Orthodox Church leaders are still finding their way in relation to society as a whole. The severity of their statements varies according to their perception of the effectiveness of forceful language upon society. The nature of society’s criticism of the Church, meanwhile, indicates that it is not so much Orthodoxy that most people dislike, but the anti-democratic, heavy-handed tactics with which the Church hopes to “educate” society.

Roman Lunkin heads the Center for the Study of Religion and Society at the Institute of Europe of the Russian Academy of Sciences (Moscow).

*Reproduced with permission from the East-West Church Report: www.eastwestreport.org.