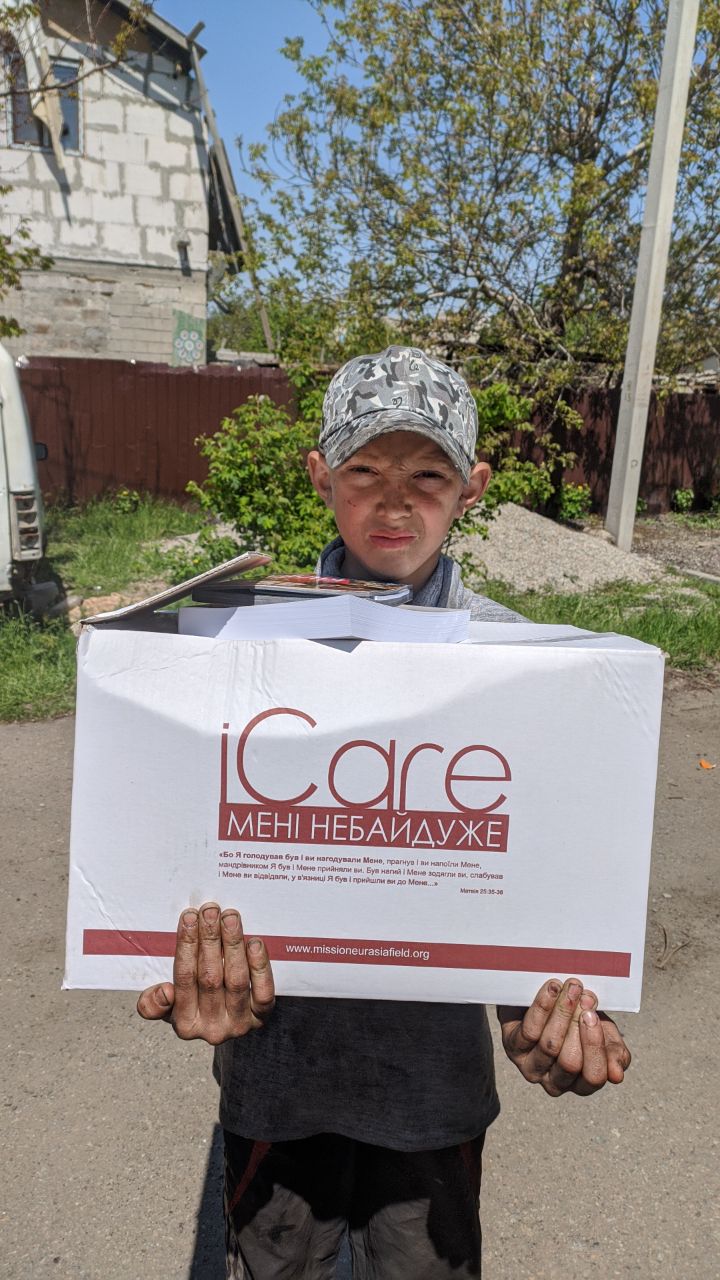 Sasha is from the village of Kam’yans’ke in the Zaporizhzhia region. This village has been under heavy attack from Russian forces and is almost in ruins. 93% of the houses are damaged and people can no longer live in them. On the other side of the village, people are so afraid of all the bombings that they don’t leave their cellars for days. No food has been delivered to their local store for a month now.

This is the village where Sasha lives. His mother is so traumatized by the war that she doesn’t want to leave her house, which is the only house on their street not in ruins. She hopes the war will finish soon and everyone will be able to go back to their normal lives. Sasha’s mother is a single mother with three children. Sasha is the oldest child, so he already feels the responsibility to help his mother and help with many things around the house.

Sasha’s family and other people in his village just recently received iCare food packages from Mission Eurasia. They were delivered by Christians from Zaporizhzhia, who prayed that this aid would give people hope in the midst of these dark times. Sasha was so happy to receive this precious food and take it to his family! He was also delighted to receive two Bibles—one for children and one for adults. Since there is little access to printed resources these days,  Sasha was very excited that he would be able to read the children’s Bible to his younger siblings.